Traditional Martial Arts Are Not Fake

What Are Fantasy-Based Martial Arts 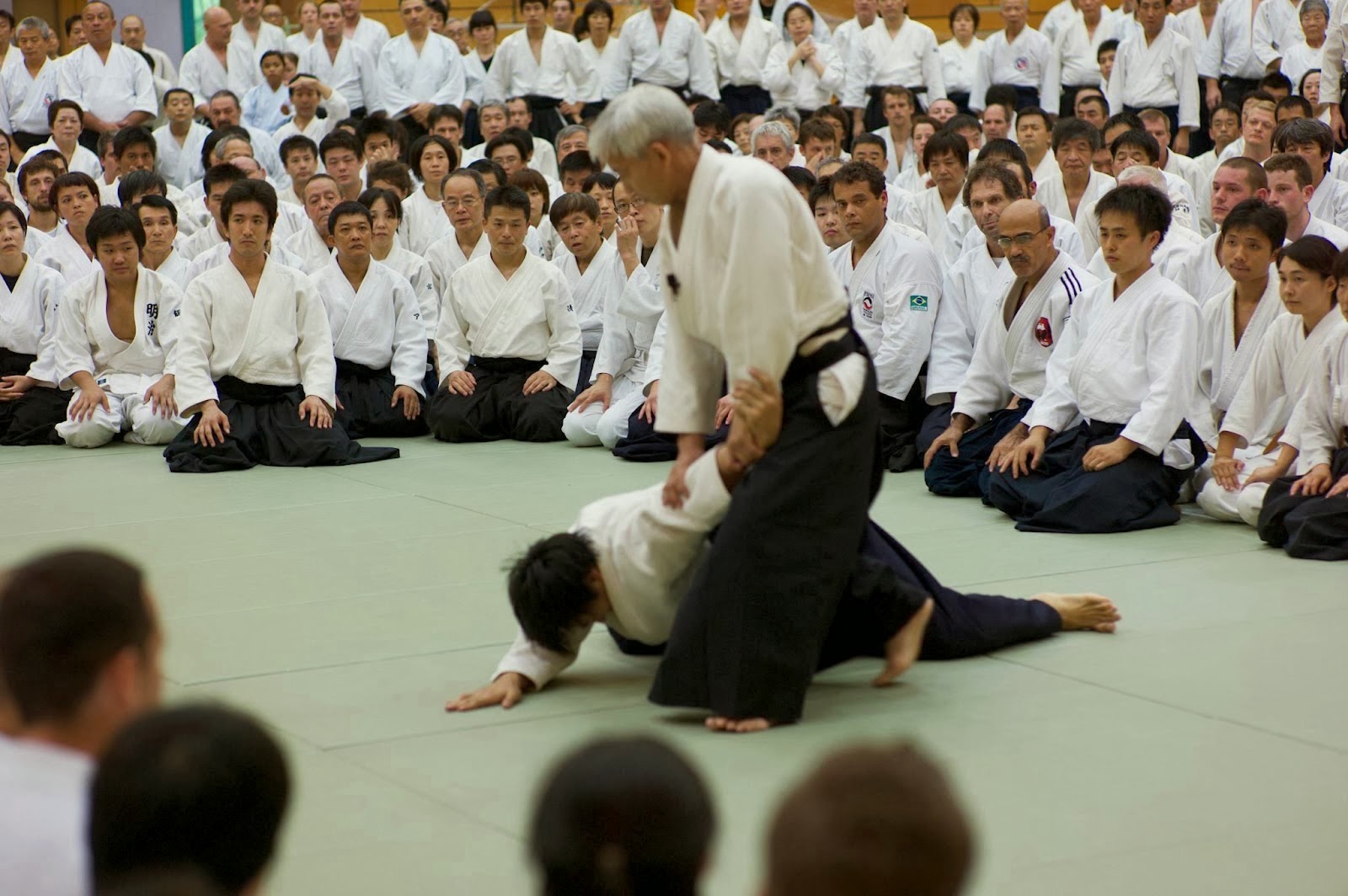 First and foremost, I would like to share that the first time I directly heard the explanation of “Fantasy Based Martial Arts” was from a Brazilian JiuJitsu black belt who established an international association called the Straight Blast Gym (SBG).

Decades back Coach Matt Thornton the founder was a practitioner and teacher in Jeet Kun Do, a martial art originally developed by Bruce Lee with the foresight to develop an effective martial art that contained and mixed techniques from different martial arts.

Regrettably, it appears that over recent years, particularly following the death of Bruce Lee, the practitioners of Jeet Kun Do began to concentrate less on practicality and more on just integrating diverse martial arts techniques, without experimenting in actual sparring to find out whether it is practical.

Coach Matt was capable of perceiving this defect and he coined a few phrases which defined the current problem extremely well. Primarily, he presented the idea of “Aliveness” in martial arts, referring to the point, that if the methods are trained in preplanned routines with a collaborating training partner who doesn’t give “alive” or active opposition, attempting to counter the tactic by different ways, then the martial art is pursuing “dead patterns”, which don’t produce unquestionably essential proficiency when engaging an assailant who is frankly seeking to hurt or beat you.

Without live opposition, there’s no mode to truly discern methods that are usable, while martial artists who stress test their strategies frequently, like in Muay Thai when sparring or Brazilian JiuJitsu when grappling wind up mastering and refining methods and strategies that are extremely effective, therefore becoming practical martial arts.

Meantime the martial arts which pursue the supposed “dead practices” have a tendency to presume that their strategies are practical simply because it “appears” useful or because their teachers advised their students that they work, which ultimately guides this idea to evolve into a fantasy, hence forming the last phrase coined by coach Thornton “Fantasy Based Martial Arts”. When examining online discussions on Martial Arts forums, Traditional Martial Arts frequently get bashed and scrutinized as delusory or occasionally are just called fake, and I have to concede that I’ve been blameworthy in having this assert several.

That point is when specific martial arts argue to be practical in real fighting, while it’s considerably times the truth is completely far from it. It is expected that the martial arts which push this farfetched assertion without even stress testing, slip into the classification of Traditional Martial Arts, hence numerous martial artists or combat sports practitioners be inclined to call Traditional Martial Arts fake.

Yet, to be honest, not all Traditional Martial Arts are deficient in stress testing for instance Judo while also some contemporary martial arts styles like the Russian Systema or some alleged “reality-based self-defense methods” suffer from the exact situation.

This is why we would like to urge everyone reading this information in these discussions to take into account the phrase “Fantasy Based Martial Arts” or “FBMA” to sufficiently explain. To thoroughly put the purpose of totally putting it to use, I want to additionally examine in detail what it precisely is.

The Martial Art Of Aikido

As many of you understand, the martial art of Aikido, which is by considerable people tagged as both classical martial arts and also a “fake martial art”, and I verbatim consider it is done for even though, despite the fact that Aikido online is laboriously condemned for being useless, the complaint is frankly not because Aikido is a traditional art and not actually mostly because it is not adequate as an instrument of fighting or self-defense, but primarily because many Aikido practitioners consider and devotedly assert that it is practical.

And some of us personally understand how that works extremely well. Several years ago, I too acknowledged that it is useful and does work up until I ultimately attempted to stress test it under real, live pressure of grappling and sparring, where the period of ten years of my Aikido conditioning and training didn’t work whatsoever.

In such a case, it would be straightforward, and I consider, accurate to declare that for years I was living in a dream, accepting that my Aikido was usable, yet what caused it to predominantly be a fantasy, was the point that I was considering that I would be capable of managing myself in a brawl or a self-defense setting, trusting in it only contingent on gossip and fiction, without any genuine proof or stress testing.

I discover this sensation to be adequately defined by what is understood as the “Dunning and Kruger Effect”. This phenomenon was explained by Social psychologists Dunning & Kruger originally by research dubbed “Unskilled and Unaware of It: How Difficulties in Recognizing One’s Own Incompetence Lead to Inflated Self-Assessments”, which examined the criminal McArthur Wheeler, who stole from banks while his face was coated with lemon juice, which he considered would make it hidden to the surveillance cameras.

This conviction was founded on his misconception of the chemical effects of lemon juice as “invisible ink”. To additionally comprehend how this spectacle works, Dunning & Kruger thereafter discharged another investigation dubbed “Why People Fail to Recognize Their Own Incompetence”, which meant that this phenomenon emanates from the individual’s unfamiliarity with a given activity’s means of implementation.

To make it more thorough, if I hold no schooling in singing and no knowledge of what standards of singing exist, I might as well reach the decision that my singing is exemplary, simply because it seems fine to me, or if for instance, my buddy who is likewise ignorant in singing would also express that it’s fine and I would reach a decision that it is sufficient info to describe my singing as amazing.

As absurd as it may be, it occurs regularly and there are numerous recorded events where horrible singers come to compete on singing shows such as “American Idol” and miss-perform horribly, in the end, shocked that the judges didn’t appreciate their singing, since they personally think their singing is excellent.

At first, it appears that these poor singers are just absurd, but as Dunning & Kruger justify, it’s really all established on the inability of that person to know the event’s standards when performing or to discover where he or she honestly stands in the capacity to genuinely sing. Regrettably, this is precisely what transpires in martial arts also.

If we look at my individual experience, for instance, prior to getting in a match with an MMA fighter to spar, I’ve never actually sparred with a skilled fighter.

At most I had infrequent sparring rounds with my buddies, who understood little of fighting and while I was hardly able to employ my Aikido against them, along with all the tales my instructor narrated to me of how Aikido would inherently be of benefit I was to be actually assaulted or that it is developed to safeguard against an unskilled assailant, I felt that I could take of myself at least to some extent.

If you understand my story, you likewise understand that after rumbling with a BJJ blue belt and ultimately sparring with an MMA fighter, you realized that there’s practically zero that I could use from my 12+ years of learning Aikido, when handling genuine fighting stress.

Simply put, I learned zero about the standards which make someone qualified to handle a true, resistant challenger, or to express it actually more suitably, I knew zero about genuine grappling or fighting and had no knowledge of what true fighting and grappling are. It was effortless for me to assume that I am sufficiently skilled at it since I had zilch to liken or evaluate it with.

And believe me, this was not a special situation.

This exact account occurs worldwide, annually in fantasy-based delusion martial arts. To stop this kind of story from happening, I frankly wish that anyone reading this will examine themselves and will question, do I actually understand what fighting is? Why do I feel I am qualified to fight or defend myself? What is the proof of my proficiency in this precise area? And is it not truly restricted to just acting out choreographed moves jointly with a collaborating partner or fighting solely under an extremely biased set of regulations, against a low amount of opposition or aspects like for instance punches exclusively to the central core area?