Mau Rakau is a martial art involving the use of traditional Maori weapons. On New Zealand Mokoia Island there are schools that teach the wielding of the taiaha. This is a staff, of 5 to 6 feet, made either from wood or whalebone. It is used for stabbing thrusts or short, sharp strikes. Combined with the wielder’s footwork, this is a highly-efficient weapon, particularly in close quarters.

Actor Cliff Curtis has attended the Mau Rakau program at Mokoia Island ever since he was 10 years old. Another traditional weapon is the patu, a short-handled club made from stone or bone. The patu was to hit the enemy in the temples by using a parallel blow from the shoulders.

When the fighters were in close during the attack, they would also deliver the club to the jaw or maybe the ribs whichever was open.

This Polynesian martial art originated in the insular nation of Samoa and roughly translates as “hand of wisdom”.

Tuumamao Tino Tuiolosega created the Limalama using Polynesian traditional techniques that were taught to him by his father and uncle. Tino had served in the US military and even took part in the Battle of Inchon, during the Korean War. He studied aikido, Shaolin Kung Fu, judo, and other martial arts. He fought in over a hundred amateur fights as a boxer. Tino took the traditional Samoan dance and added fighting forms of his own to develop Limalama.

The martial art involves flowing, circular movements and mainly uses hand techniques. This style also teaches holds and takedowns, striking, and weapons fighting with knives and sticks. Tino introduced his style in Hawaii and then opened schools in California. Before we move on, answer this question. Which famous martial artist said Showing off is the fool’s idea of glory?

Was it a. Jackie Chan b? Jean-Claude Van Damme c. Steven Seagal d. Bruce Lee Let us know what you think in the comments section below and stay tuned to find out the right answer.

This style started out in England in the 17th century. Another name for it is “hacking”. People still train in shin-kicking and there’s even a tournament for it called the World Shin-kicking Championship with thousands of fans.

Fighters wear white coats, symbolic of a shepherd’s smock. The way this is fought is by holding the other fighter’s collar and hitting him with your toes and the inside area of your feet. It’s a challenge in pain endurance as well as agility. One of the combatants will cry out sufficient when the pain becomes too much to bear.

They have referees who judge the fighters for three rounds if they make it that far. The fighters are required to wear shoes made of straw and to also use a straw as padding inside of their pants.

In the past, shin-kicking was much more brutal. Fighters would wear steel-toed boots and condition their shins using hammers.

Bataireacht encompasses the various stick-fighting martial arts practiced in Ireland. The shape and length of the bata can vary based on the fighting style used by their practitioners. For example, one traditional style grips the bata in such a way as to guard the fighter’s elbow and have very quick speeds of attack. This means that the practitioner is able to attack and be on defense at the same time. The weapons may include knobbed clubs, canes, or walking sticks.

In the 18th century, Irish gangs, called factions, engaged in Bataireacht melees at weddings, fairs, funerals, and other social gatherings. This type of fighting is looked at as some form of recreational violence by historians. Competition among these factions soon moved into other sports, like hurling, and the combat fighting style faded towards the end of the 20th century.

The modern practice of Bataireacht is linked with preserving Irish tradition. Some forms are particular to a specific family as a historical heritage that’s passed down from generation to generation. 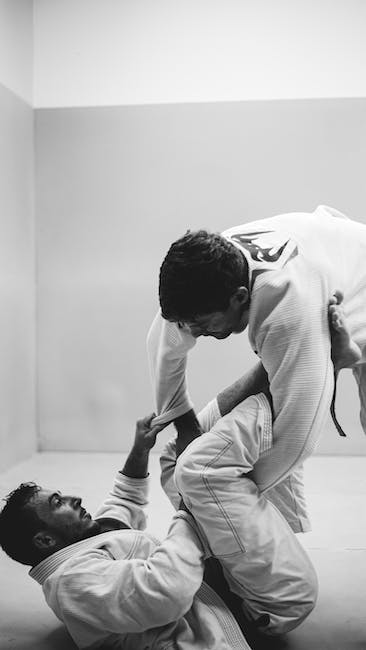 Bakom is a ruthless martial art developed for survival on the dangerous streets of Lima, Peru. It was developed in the 1980s by Roberto Puch Bezada, a former soldier and ex-convict. Bakom recognizes the realities of a street fight.

This style has nothing to do with being fair, noble or anything of that nature. A fighter just needs to deliver as much damage to his opponent as fast as possible. Bakom teaches fatal choke-holds, strikes at vital organs, and swift, bone-snapping locks. Fighters learn how to deceive an enemy and how to use their hidden weapons to end a fight very fast.

LINE, you’ve probably heard of it. In the 1990s LINE, or Linear Infighting Neural Override Engagement, was the preferred combat system of the United States Marine Corps. It was a fusion of various combat fighting styles put together by former Marine Ron Donvito.

A review board studied the style’s efficiency and cleared it for adoption in the USMC. This system of fighting would be used to train the Special Forces in the Army between 1998 and 2007.

It was tailored to the life of an active soldier and could be easily learned through repetition. The purpose was for it to become second nature, a battle reflex. LINE enabled soldiers to inflict lethal damage when they were extremely tired, in low visibility conditions, and in full combat gear. If it was good enough for them, I’m game!

The Coreeda is a folk wrestling style from Australia, based on Aboriginal fighting techniques that existed before colonial times. Evidence from rock art sites in New South Wales suggests that the first Coreeda tournament was held more than 10,000 years ago.

Aboriginal wrestling was a form of martial arts training meant to control hostilities at tribal gatherings and to prepare young men for war.

It was also done purely for recreation. The warm-up ritual involves a traditional kangaroo dance while the wrestling match takes place in a circle, roughly 15 feet in diameter. The legend of how Coreeda came to be is about a lizard man called Beereun. Yeah, you read right.

A giant snake came to Beereun and told him that he needed to watch red kangaroo bucks to learn fighting from them without the use of weapons. After learning how to fight from these kangaroos, he took the fighting style and returned to his tribe.

So, who said Showing off is a fool’s idea of glory? The right answer was Bruce Lee. An iconic figure in the world of martial arts, Bruce Lee was as much a philosopher as he was a fighter. He believed in freedom of self-expression in all walks of life.

This is reflected by another famous quote of his in which he tells his audience to be formless, shapeless-like water.

Systema is a Russian combat fighting style used by Spetsnaz, the country’s infamous Special Forces. There are various styles of Systema which have been developed in martial arts schools since the fall of the Soviet Union. Some reportedly use secret practices that were applied by elite branches of the Soviet military. Systema techniques are used to control your opponent’s body by using pressure points and strikes.

The overarching techniques used in Systema involve controlling the opponent’s body through pressure points and decisive strikes. The practitioners learn about the body’s anatomy and its biomechanics in order to expose its natural weaknesses. Systema explores the body’s kinetic chains, which can swiftly transfer exploding power when striking a target. Its practitioners train in weapons of defense as well as taking on multiple opponents.

Dambe is a martial art traditionally practiced by the Hausa people of West Africa, as part of the entertainment during local harvest festivals.

Historically, it was also a way to prepare the men for war, which inspired much of the terminology in Dambe.

A strong-side fist is wrapped in cloth and covered by a tightly-knotted rope. They call it the spear. It’s used to break your opponent’s jaws and knock him out into a concussion. Although the practice is now banned, fighters used to dip their spear in resin mixed with pieces of broken glass. The lead hand can be used to hold or grab as needed and it’s known as the shield. Sometimes the lead leg is wrapped in a chain and then used both for offense and defense.

There are three rounds, with no time limit, and the purpose is to knock down an opponent, which is known as killing him. Nowadays, Dambe practitioners compete year-round and travel to different villages and urban areas to take part in bouts. Thanks for reading! Let us know what you think about these 9 combat styles you’ve never heard of in the comments section below! Or have you?